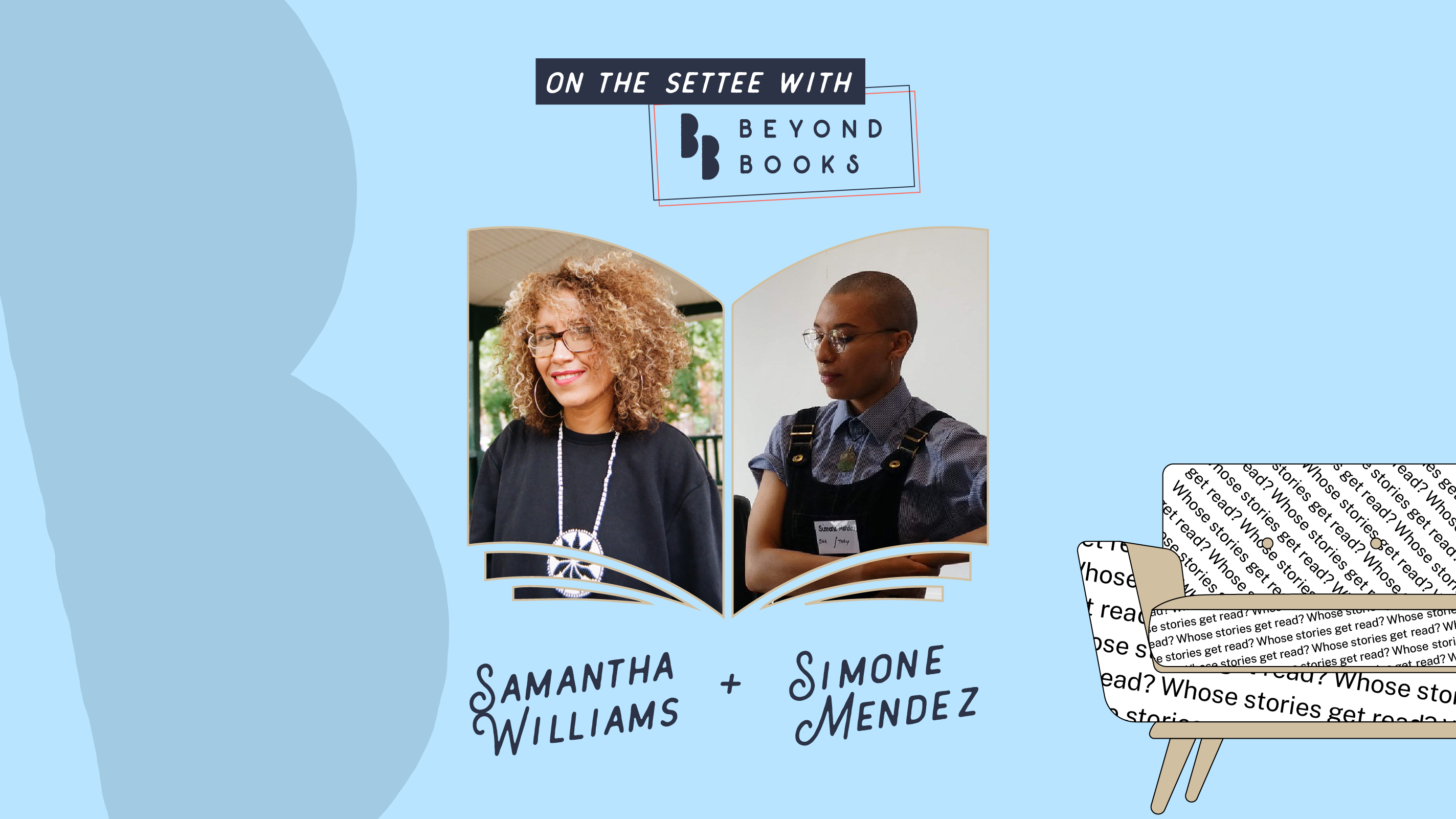 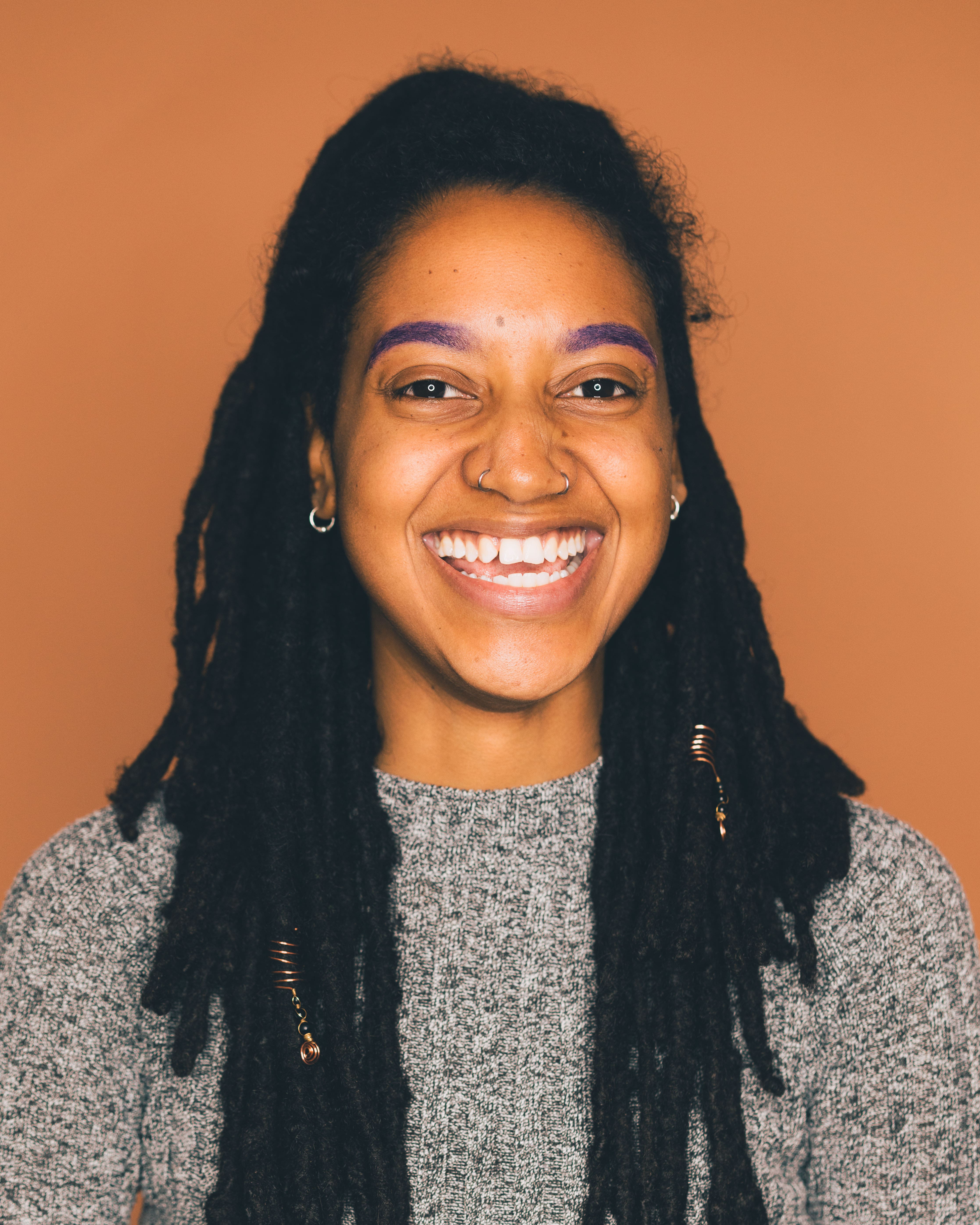 On the Settee with Samantha Williams + Simone Mendez

In The Front Room, the settee offers a place of sanctuary; a place where you can take a load off. On ours, you’ll discover conversations that will slot into your day like a catch up with an old friend, or your favourite song – something that makes you feel at home, open, yet vulnerable and connected through the stories we tell ourselves and one another.

Our new season of ‘On the Settee’ programming features a range of folk from across Birmingham’s reading, writing and book selling community. Books, reading and access to ideas, experiences and stories can be found at the heart of exploring yourself and the world around you. Who is writing these stories? Whose experiences are being heard? What voices are being excluded? How are books being accessed in the city?

Who’s on the Settee today?

This Is Book Love has a passion to try and represent a range of cultures, with an emphasis on marginalised Black and Brown voices in adult and children’s literature. After 15 years of working in the media and with no publishing experience whatsoever, the frustrations Samantha encountered regarding the lack of diversity and cultural representation in TV and in books motivated her to create “Book Love – The Travelling Multicultural Book Carnival.

The award-winning Book Carnival, now into its 4th year, represents the beautifully diverse and bilingual communities around us; sourcing some of the best multicultural, inclusive and anti-racist adult and children’s books from across the world, for a range of readers. The carnival travels to festivals, corporate events, schools  and colleges up and down the country with some of  the best culturally diverse books and toys out there, and can be often seen parked up in playgrounds, bringing communities of teachers, adults and children together over a shared love of books and cultural identity.

There is massive under-representation, not just within the curriculum, but across all media, especially books, and BookLove is on a mission to change that. With 20p from every book sale going to our Community Interest Company, “BookLove + Beyond” we are donating free books to schools to make real change.  Those who don’t see themselves find themselves at BookLove.

“Taking books out of bookshops into communities, schools, pop-ups and offices up and down the country, is central to the work we do. Everyone must have access to multicultural books and we want ‘Book Love’ to take readers, especially classrooms, on a journey of discovery”

Simone is a performer, facilitator and support worker, with their primary focus on supporting and empowering womxn and QTIPOC. Simone organises the UNMUTED book club and is a part of Birmingham’s first vogue ballroom house, House of Bab. They also lead literature workshops centering QTIPOC communities and writing as a holistic practise and programmes activity and workshop for Colours Youth UK.

Founded two years ago, th Colours Youth UK is a network that supports young QTIPOC ages 16-25 in the North of the UK. The  network has regular check- ins, summer residencies in locations such as the Lake District which also include workshops and outdoor activities. The Festival is a full day of workshops and talks and in 2020 the Festival featured Travis Alabanza as it’s keynote speaker as well as a free QTIPOC barber offering shape ups throughout the day.

In the first year of the Colours Youth UK Festival, Sim ran a QTIPOC literature workshop which involved reading through poetry and excerpts from QTIPOC authors and talking about how we can relate to the themes and why being represented in literature is important. There is a need to have safe spaces to host these discussions and it feels special knowing there is more QTIPOC YA literature out now than there was even a few years ago which results in young people finding solace in such workshops.

Outside of Colours, Sim has also done talks with University of Birmingham and Edge Hill University on how imperialism has shaped QTIPOC communities and Black representation within film and literature.

Join Danni with Samantha and Sim as we learn about what it takes to be an indie bookseller and being deliberate about what books to sell, as well as how books are selected by a broad range of readers.

This conversation will be held in a Zoom webinar format. The session will be streamed live from On The Settee, or you can register below to take part in the Q&A via Zoom.